The author of four books, Josh Tickell has worked on environmental issues for over twenty years. His career spans a unique mixture of science, journalism and filmmaking.  His directorial debut film, FUEL, is the 2008 Sundance Audience Award winning documentary that investigates the possible replacement of fossil fuels with renewable energy.  His 2017 Simon and Schuster book, Kiss the Ground, How the Food You Eat Can Reverse Climate Change, Heal Your Body and Ultimately Save Our World, was an Amazon Bestseller in multiple categories. Tickell holds an MFA in film from Florida State University’s Film School. He is a regular guest on talk shows and gives keynote presentations internationally on sustainability, regeneration and filmmaking. 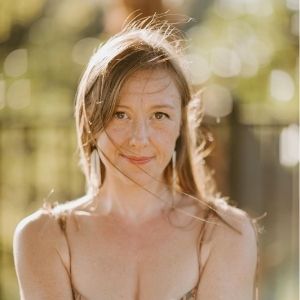 Rebecca Tickell is a director, producer and environmental author & activist. She produced the Sundance Audience Award Winning, environmentally-themed movie, FUEL, and co-directed/produced ‘The Big Fix’, an ‘Official Selection’ of the 2011 Cannes Film Festival. She spent several years documenting the impacts and root cause of the BP oil spill. While investigating the spill she became ill and was left with permanent damage from exposure to the oil and dispersant in the atmosphere. Her directorial debut (with husband Josh) was the critically acclaimed documentary PUMP, narrated by Jason Bateman. She directed and produced the John Paul DeJoria story, GOOD FORTUNE, the YouTube sensation, THE EARTHING MOVIE as well as the forthcoming documentary THE REVOLUTION GENERATION and the forthcoming feature scripted film, HEARTLAND. As a child, she starred in the Orion (now MGM)’s Christmas Classic movie, Prancer.

Woody Harrelson is an American actor and playwright. He is the recipient of numerous accolades, including a Primetime Emmy Award, and has been nominated for three Academy Awards and four Golden Globe Awards.  He is best known for his roles in Cheers, True Detective, and The Hunger Games. He is also an outspoken environmentalist and is especially concerned about deforestation.

Ray Archuleta is a Certified Professional Soil Scientist with the Soil Science Society of America and has over 30 years experience as a Soil Conservationist, Water Quality Specialist, and Conservation Agronomist with the Natural Resources Conservation Service (NRCS). After retiring from the NRCS, he co-founded the Soil Health Academy, which teaches producers how to improve soil health through practical regenerative agricultural principles.

John Wick is co-owner with his wife, Peggy Rathmann, of the Nicasio Native Grass Ranch. John is co-founder of the Marin Carbon Project, which seeks to enhance carbon sequestration in rangeland, agricultural, and forest soils.

KRISTIN OHLSON – AUTHOR, THE SOIL WILL SAVE US

Kristin’s articles have spanned many subjects, from zebrafish bioengineered to glow in the presence of pollutants to abandoned coal mines that catch fire and burn for decades to feminist philanthropy.  She is the author of The Soil Will Save Us: How Scientists, Farmers, and Foodies Are Healing the Soil to Save the Planet.

The founder and principal scientist of KRIS Systems Education & Consultation and Research Director with MyLand Company Inc. She is a Soil Microbiologist with over 25 years of research experience studying arbuscular mycorrhizal (AM) fungi. Dr. Nichols builds upon a soil health foundation to identify biological methods for agricultural production and tools and practices to reduce pest issues, soil erosion, fossil fuel use, and greenhouse gas emissions. 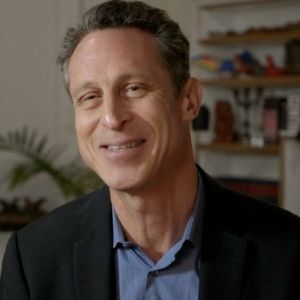 Dr. Hyman is a practicing family physician and an internationally recognized leader, speaker, educator, and advocate in the field of Functional Medicine. He is the founder and director of The UltraWellness Center, the Head of Strategy and Innovation of the Cleveland Clinic Center for Functional Medicine, a thirteen-time New York Times bestselling author, and Board President for Clinical Affairs for The Institute for Functional Medicine. 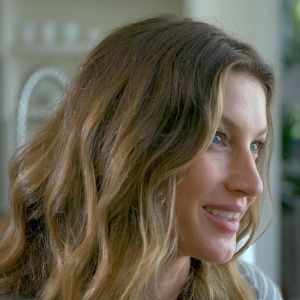 Gisele Bündchen is a Brazilian model, activist, and businesswoman.  In 2014, Bündchen was listed as the 89th Most Powerful Woman in the World by Forbes. She has been a Goodwill Ambassador for the United Nations Environment Program since 2009.  She  has been an advocate for Project Drawdown and other important environmental causes.  She is an executive producer of Kiss the Ground. 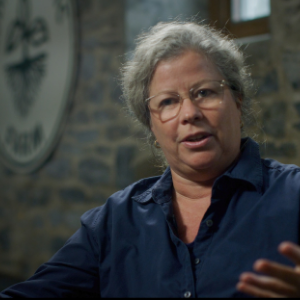 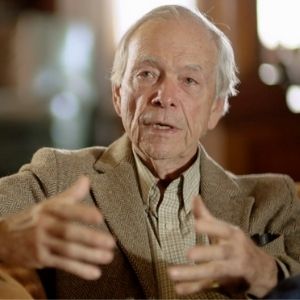 A Zimbabwean ecologist, livestock farmer, and president and co-founder of the Savory Institute. Savory originated Holistic management, a systems thinking approach to managing resources.  His book, Holistic Management: A New Framework for Decision-Making, describes his effort to find workable solutions ordinary people can implement to overcome many of the problems besetting communities and businesses today.

Jeff Creque is co-founder of the Marin Carbon Project and a Director at the Carbon Cycle Institute, where he provides senior leadership on carbon farming and land management. He is an agricultural and rangeland consultant and Natural Resources Conservation Service and a certified nutrient management planning specialist. 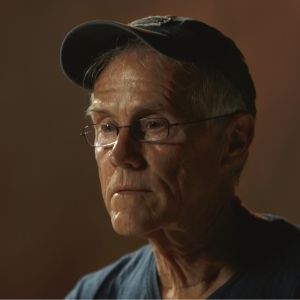 Paul Hawken is an environmentalist, entrepreneur, author and activist who has dedicated his life to environmental sustainability and changing the relationship between business and the environment. Paul is the founder of Project Drawdown, a non-profit dedicated to researching when and how global warming can be reversed. The organization maps and models the scaling of one hundred substantive technological, social, and ecological solutions to global warming.

Jason Mraz is a singer-songwriter and guitarist. Mraz has won two Grammy Awards and received two additional nominations, and has also won two Teen Choice Awards, a People’s Choice Award and the Hal David Songwriters Hall of Fame Award. The Jason Mraz Foundation was established in 2011, with a mission to support charities in the areas of human equality, environment preservation and education. Mraz wrote a song exclusively for the Kiss the Ground movie entitled “Kiss the Ground.” It plays as the last song during the credit roll. 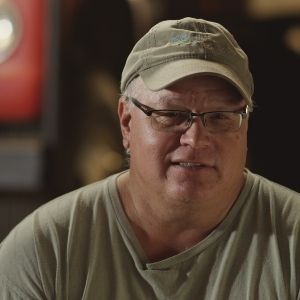 Gabe Brown is a strong proponent of soil health.  His book  Dirt to Soil: One Family’s Journey into Regenerative Agriculture tells his story and is designed to be a guide for others. In it he shares in depth his five principles of soil health: no-till or minimal tillage, keeping the ground covered, diversity in plant and animal species, keeping living roots in the soil as much as possible, and the importance of integrating animals.

Ian Somerhalder is an actor, activist and director. He is known for playing Boone Carlyle in the TV drama Lost, Damon Salvatore in The CW’s supernatural drama The Vampire Diaries and Dr. Luther Swann in Netflix’s sci-fi horror series V Wars.  Somerhalder was involved in the cleanup after the Deepwater Horizon oil drilling disaster on April 22, 2010. He shot the initial footage for Kiss the Ground in Africa in 2011 with Allan Savory.

Doniga Markegard is a wildlife tracker, regenerative rancher, speaker, and author.  Using the innovative, carbon-storing methods of regenerative ranching, she’s restoring the land she tends, bringing native grasses and wildlife back to the depleted Bay Area. She has written two books: Dawn Again and Wolf Girl.

Erik Markegard is a sixth generation cattle rancher. He was raised on a 2000-acre cattle ranch in San Mateo County. He spent his life as a traditional cattle rancher before coming to the principles of regenerative ranching. 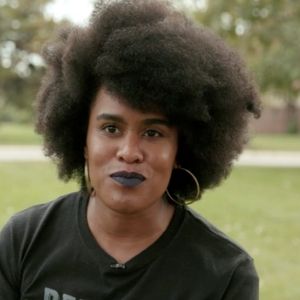 Pashon Murray has a drive for waste reduction, recycling, and reuse of materials. In 2010 Murray started Detroit Dirt, a local composting and waste collection company that specializes in providing a sustainable option for the metro Detroit community. Detroit Dirt’s closed-loop model process was designed by Murray to help revitalize Detroit.

Mike Martinez is the founder and executive director of LA Compost, a group that educates Angelenos about turning food waste into a natural resource through workshops, after school programs, and events. L.A. Compost is working to create a strategic program that will keep food waste out of landfills, provide quality soil to community gardens, and educate the community about completing the farm to table to soil circle.

Ryland Engelhart is the Co-Founder and Executive Director of Kiss the Ground. He is also a co-creator of the award-winning, transformational documentary film, “May I Be Frank.” He is an entrepreneur and activist, and works to inspire more “gratitude” into our culture. He speaks on sacred commerce, tools for building community, and regeneration and is the host of Kiss the Ground’s “We Can Do This Podcast.”

Mike Martinez is the founder and executive director of LA Compost, a group that educates Angelenos about turning food waste into a natural resource through workshops, after school programs, and events. L.A. Compost is working to create a strategic program that will keep food waste out of landfills, provide quality soil to community gardens, and educate the community about completing the farm to table to soil circle.

John Liu is a Chinese American film-maker and ecologist. He is also a researcher at several institutions. In January 2015 John was named Visiting Fellow at Netherlands Institute of Ecology (NIOO) of the Royal Netherlands Academy of Arts and Sciences. John is also Ecosystem Ambassador for the Commonland Foundation based in Amsterdam, Netherlands. In 2017 John Liu founded Ecosystem Restoration Camps, a worldwide movement that aims to restore damaged ecosystems on a large scale.

David Bronner is an American corporate executive and activist. As the top executive at Dr. Bronner’s Magic Soaps, he has become known for his activism around a range of issues, especially fair trade, sustainable agriculture, animal rights, and drug policy reform.

Robert Reed is the Public Relations Manager at the Recology Center in San Francisco, CA.  Recology provides organics, recycling, and solid waste collection and processing services to over 130 communities in California, Oregon, and Washington. 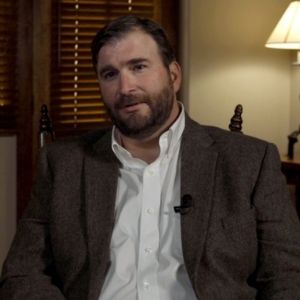 Michael Doane is the Global Managing Director for Sustainable Food and Water for The Nature Conservancy (TNC). Michael leads a team of the organization’s foremost experts to scale up conservation outcomes across productively managed farming, ranching and agroforestry landscapes.

Andre Leu is the Author of ‘Poisoning our Children’ and the ‘Myths of Safe Pesticides.’ He is the International Director of Regeneration International, an organization that promotes food, farming and land use systems that regenerate and stabilise climate systems, the health of the planet and people, communities, culture and local economies, democracy and peace.